Equity markets suffered heavy losses in the first half of this year, against a backdrop of geopolitical tensions, tightening monetary policies aimed to fight inflation, and deep uncertainty on the evolution of the real economy.
The performance of Hera’s shares could not remain immune to such daunting picture for equity investment, despite the Group’s resilient business model has proven to ensure solid fundamentals over the years, with continuous and sustainable growth over time.
While investors appear unwilling to take new risks, even though the widespread derating has led many stocks to trade below the multiples of the past 30 years, broker analysts are about to update their 2022-2023 estimates during the season of half-year results. Therefore, despite the heavy correction, the general context does not indicate that we have already reached the bottom for Price/Earnings, i.e. the capitalisation-to-earnings ratio of corporates.
We discuss those topics with Jens Klint Hansen, Hera’s Head of Investor Relations. 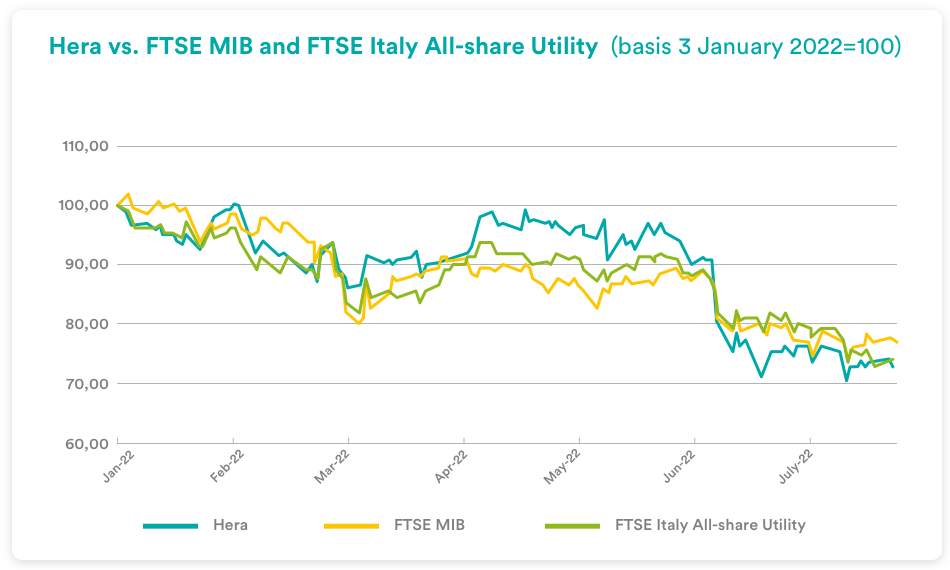 What are the factors behind the heavy correction of the stock markets in the first half of this year, with a particularly sharp drop in June?

The first part of 2022 was dominated by the geopolitical crisis caused by the Russian -Ukrainian conflict. Together with the strict measures adopted by China to eliminate the pandemic infections, this resulted in disruptions of the supply of raw materials, especially food and energy. The effects on inflation trends were increasingly visible and structural, not only in the EU countries, heavily dependent from Russian gas import, but also in the United States, where the latest data released for June indicate a 9.5% yearly price growth, well above expectations. The tightening stance that Central Banks have adopted to control inflation starting from May has brought an end to a long time of cheap money. To understand the impact of this new policy, let’s just consider that interest rate levels have doubled over the last three months. For the first time since 2012, European companies with investment-grade corporate debt find themselves with a marginal cost of new loans that exceeds 3%. This has created a lot of uncertainty about the prospects for economic growth not only in Europe, where companies were starting to recover from the pandemic crisis, but also in the US, where the Fed has aggressively raised interest rates and prepares to an additional rate hike between 75 and 100 basis points by the end of July. For sure, the Italian government crisis that unfolded on 14 July has not improved the market sentiment, given the weight of Italy’s public debt and the reforms that Italy needs to approve in order to access the funds made available by the EU packages.

How did investors behave in this phase?
During 2022, long-only investment funds have experienced significant outflows. Thus, they were forced to contribute to the market sell-off as they needed to provide the liquidity that the subscribers asked back. Although current multiples of many stocks have reached historic lows, investors continue to fear additional macroeconomic risks that could drive valuations even lower. The greatest concern is that tightening monetary policies, aimed to fight inflation, will eventually drive economies into recession. Especially in Europe, the main component of price increases is supply-side, while consumer demand remains relatively weak, being held back by higher food, transport and air conditioning costs faced by households. In line with such evolution of the macroeconomic scenario, institutional investors have rotated their equity portfolios, favouring the value plays over the growth stocks, which are more vulnerable to the continuation of the economic recovery. The concentration of numerous negative elements therefore fuels a continued risk-off attitude in the equity market. Investors currently focus their attention on the release of the forthcoming half-year results, mostly monitoring the revision of earnings estimates for the second half of 2022 and for the Financial Year 2023.

How did Hera’s share perform in such a challenging scenario?
Till last May, Hera’s share price outperformed both the FTSE MIB and the FTSE Italy All-Share Utility index, while the June sell-off penalised its performance, even though to a lesser extent than that of local utilities. Therefore, Hera’s price was dragged into a correction despite the Group’s solid fundamentals, confirmed by a 20-year track record, and despite the limited exposure to rising interest rates, considering that about 90% of Hera’s debt is at fixed rates. Certainly, in these months, shareholders could benefit from the returns due to the distribution of the 0.12 euro dividend per share, which indicates an increase from the 0.11 euro of the previous year as well as an improvement on the amount originally planned in the previous Business Plan, given the sound results achieved in fiscal year 2021.

How has the consensus target price on Hera changed recently?
Both the analyst consensus and the market estimates have always highlighted an appreciation of the solid fundamentals of the Group’s business model.
Such proven longstanding reliability, coupled with the ability to maintain a growth drive on results, allowed the Group to survive unscathed through extreme contexts, such as the bankruptcy of Lehman Brothers, the sovereign debt crisis and the lock down due to the pandemic.
Most analysts have positive ratings, likely discounting the rock-solid growth path outlined in the Business Plan presented early this year. The consensus does not include any selling recommendation while the average target price remained substantially stable at 4.13 euro. 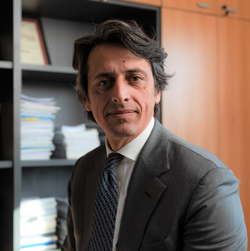 X
This website uses technical cookies for its proper functioning and third-party analytical cookies to promote initiatives in line with your needs as specified in the complete information. Click the X in the top right corner or in the area outside this banner to continue browsing and consent to the use of technical cookies. If you wish to accept all the cookies, click on ACCEPT. Click here to see the full policy and customise your choices if you wish to do so. Remember that you may change your cookie settings at any time simply by clicking on “Cookie Policy - Change your cookie settings” in our footer.
Choose and customize I accept
Manage consent