The results that depict Hera’s situation as of 30 June 2019 show that our growth continues, with no interruption, leveraging on a business model that reacts to challenges that may arise from the external environment, seizes new opportunities, and generates cash flow in linear way.

Year after year, such formula allows us to have adequate resources to continue the funding of future growth and offer attractive returns to shareholders.

First half 2019 with a set of results on the rise, despite the expected drop in margins of the markets of last resort

Our business portfolio, well balanced between regulated and liberalised activities, even during these six months recorded a revenue expansion, to the extent of 13.6%, showing an acceleration in the second quarter compared to the first. Key performance indicators turn out in increase compared to the level of first half 2018 – EBITDA is up by 4.3%, EBIT by 5.6%, while the progress of Net Profit after Minorities is 5.1%. When considering that in first half 2018 net profit incorporated an extraordinary income of 4.8 million euro, for the sale of Medea, the bottom line increase results even stronger, as it reaches 8.4%.

Convincing results, from both the qualitative and quantitative viewpoint

Performance in terms of financials is undeniably sound. Still, the Interim Report even shows great quality of results. The 22 million euro increase in EBITDA derives from the contribution of all business areas and reflects drivers that are mostly organic, as the recent acquisitions of Cosea Ambiente and CMV have been included in the consolidation scope just for a few months.

On the front of liberalised businesses, which provided an overall contribution of 30.5 million, we have benefitted both from the power generation plant in Campania coming back into operations and from the continuous expansion of energy clients, now above the threshold of 2.6 million.

Regulated business delivered an overall contribution of 12.5 million, mainly due to the impact of reviewed energy tariffs, in addition to investments and efficiencies achieved, which resulted in being rewarding given the current regulatory framework.

Consolidated EBITDA therefore could absorb the 21-million negative impact from lower margins in the segment of markets of last resort, which was expected anyway.

Operating cash flow allows for coverage of both investments and dividends, while maintaining a well-balanced level of debt

Counting on strong cash flow generation, we could fund capital expenditure, which increased by 16.8%, and cover the earnings distribution for the 2018 fiscal year, with the dividend per share of 10 cents paid on 26 June 2019, on the rise vs. 9.5 cents in the previous fiscal year. Net Financial Position therefore remained basically stable, also reflecting lower working capital; that stability allowed the Debt-to-EBITDA ratio to stay at a solid level, ie at 2.55x. We therefore have our financial flexibility intact, in case of future growth opportunities that may arise.

Moreover, at the end of June, we have concluded significant transactions in terms of liability management. We issued a 500 million euro green bond and, at the same time, we launched a tender offer that allowed us to withdraw outstanding bonds for an amount of 210 million euro. This way we could improve the profile of our debt in terms of cost, maturity and diversification of the investor base.

Substantial achievements on the M&A front and in the Waste business, whose benefits will be visible from the second half 2019 onwards

In the first part of this year, we have been very busy. We finalised a number of deals whose benefits are not visible in the figures of the Interim Report, but will generate significant results in the coming quarters.

We signed a strategic agreement in Triveneto with Ascopiave, an area that is strategic to us, but also attractive in absolute terms for its customer profile. The CEO will explain the details of this transaction in his message; here I want to stress its undoubted value considering the size of the assets involved and the win-win features of the agreement. Our platform, on which we will leverage to create new cross-selling opportunities and offer added-value services, comes out of this deal stronger than ever, ready to be scaled further with the grafting of future potentials acquisitions in that area.

In the waste treatment area we have significantly strengthened our asset base, with the recent opening of a new landfill close to Pordenone, which as a treatment capacity of ca. 700,000 tons and will be mainly focused on urban special waste. In the second half of 2019, we will also count on a second asset, in Pistoia, focused on industrial special waste, with a capacity of ca. 1.4 million tons. As we have solved the issue of the lack of capacity in waste treatment – a fact that generated a surge in the prices of the whole industry – we are now in the position to catch the opportunities of a very dynamic demand.

The Plan’s key target, ie the 200-million increase in EBITDA over a five-year period, has already been achieved to the extent of 60%. In the meantime, we have also become stronger on the market; that means we have new potential to express

The 30-June half-way point is also an opportunity to see more clearly where we are on our growth journey. If we consider the increase of EBITDA achieved in the last eighteen months, we can state that we have already covered, in less than 1/3 of the period embraced by the Plan, 60% of the overall increase of 200 million euro that we aim to achieve within horizon 2022.

Organic growth has already delivered substantial contribution, while the operations provide visibility to the expansion of our asset and customer base, following the agreement with Ascopiave e the new landfills entered into our operating waste asset base; therefore we believe that any further delay in the tenders for gas concessions will not undermine our growth profile.

Given our past track record and the stronger market position we have gained, we rather see the 5-year growth target of 200-million euro at EBITDA much closer, having successfully covered more than half the journey in a third of the time that the Plan indicates.

We do not intend to let our guard down in the remaining time. We will leverage on the assets that we have strengthened with the aim of fully expressing new potentials, delivering even better results and giving shareholders the most satisfaction. 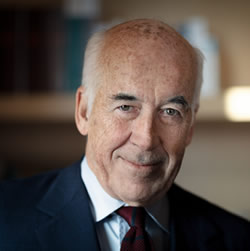 Message from the CEO

Focus on the development of the sales partnership with Ascopiave

“Hera’s success is also reflected in the stock market, with a total return of 30% provided to shareholders”

Sustainability at the heart of financing transactions