The 163.5 mn€ increase in Group Revenues (+10.4%) benefits from the net contribution of 23.5 mn€ from the perimeter changes, mainly due to the 80% holdings in in Aliplast (+26.3 mn€), Italian leader in plastics recycling, and to the exit of Medea (-3.7 mn€), which was sold to Italgas in December 2017. On a like-for-like basis, Revenues expansion reaches 140 mn€, mainly driven by increased Trading (43 mn€) and higher sales of gas and electricity. The lattest reflect the increase in the commodity price (6 mn€) and higher volumes sold (61 mn€), in addition to system charges and volumes distributed growing by ca.50 mn€.

At the level of consolidated EBITDA, Hera recorded a 15.9 mn€ increase (+5.2%), resulting from the positive contribution of most business areas. In the Gas area the performance was particularly strong, with an EBITDA increase of 12.6 mn€ that reflects good trading margins and the 29% growth in volumes sold. Also the Waste area provided a positive contribution (+2.5 mn€), due to the Aliplast consolidation from April 2017, the increase in liberalised prices in special waste and higher volumes treated by Waste Recycling: these factors offset lower revenues from electricity production. In the Water area, where EBITDA shows a 2.3 mn€ increase, the main driver was the increase in revenues from dispensing. The Electricity area showed a 3.1 mn€ decrease at EBITDA level, mostly due to the effects of the maintainance at the Teverola thermoelectric plant. On the contrary, strong performance was recorded in terms of volumes sold (+23.7%) and for the expansion in customer base (+10.6%), which for the first time exceeds the threshold of 1 million users. Growth came both from the liberalised business and from the service provided to the protected customers in the Gorizia municipality, following the take-over. 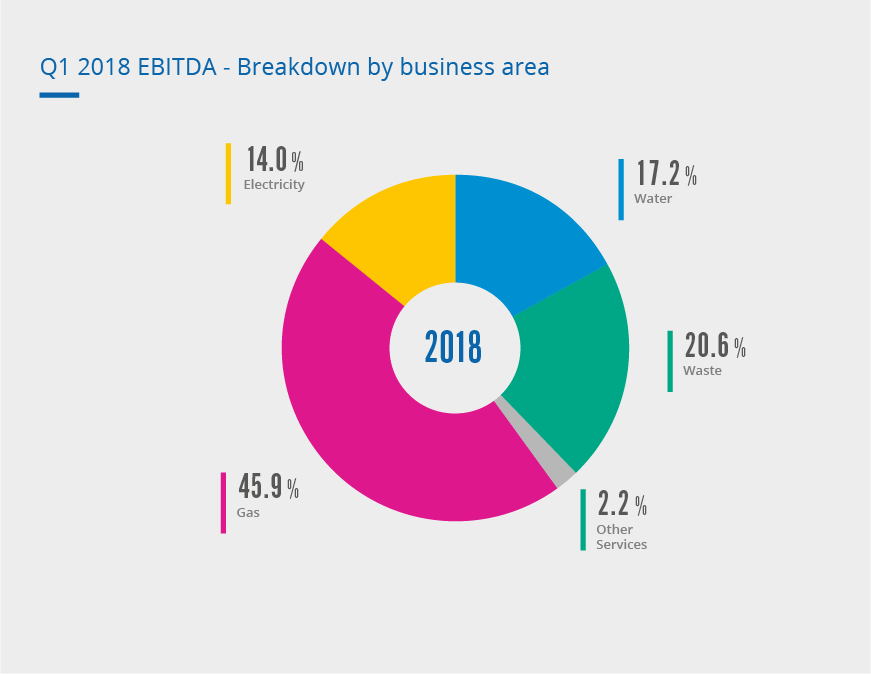 Group EBIT increases by 5.5%, at a slightly higher rate than that of EBITDA (+5.2%): Depreciation rises, driven by acquisitions and capital expenditure, while Provisions to the Loan Loss Fund decrease, leading to an overall absorption of 125.0 mn€ (+4.5%).

The area of financial management shows a 5.6 mn€ decrease in net financial expenses compared to Q1 2017 (-24.3%), as net financial indebtedness remained stable (2,502.1 mn€ as at 31 March 2018) and the efficiencies achieved in terms of its cost; also the interest proceeds for payments in arrears from safeguard customers are far from negligible.

In the fiscal management area the tax rate remained in line with Q1 2017, at a 30.1% level, as a result of the continuous effort for fiscal optimisation allowed by the legislation in force, i.e. benefits brought about by tax credit for R&D, super depreciation and patent box.

2017 SUSTAINABILITY REPORT
Hera’s 2017 Sustainability Report is on line from April 2018. The Report presents the contents from the CSV (Creating Shared Value) perspective. For the first time, the Company presents 2017 metrics and future targets within the framework of the sustainability scenario in which the Company operates. The Report therefore explains how Hera means to position itself, even with the aim of meeting the expectations of the communities in which it acts. 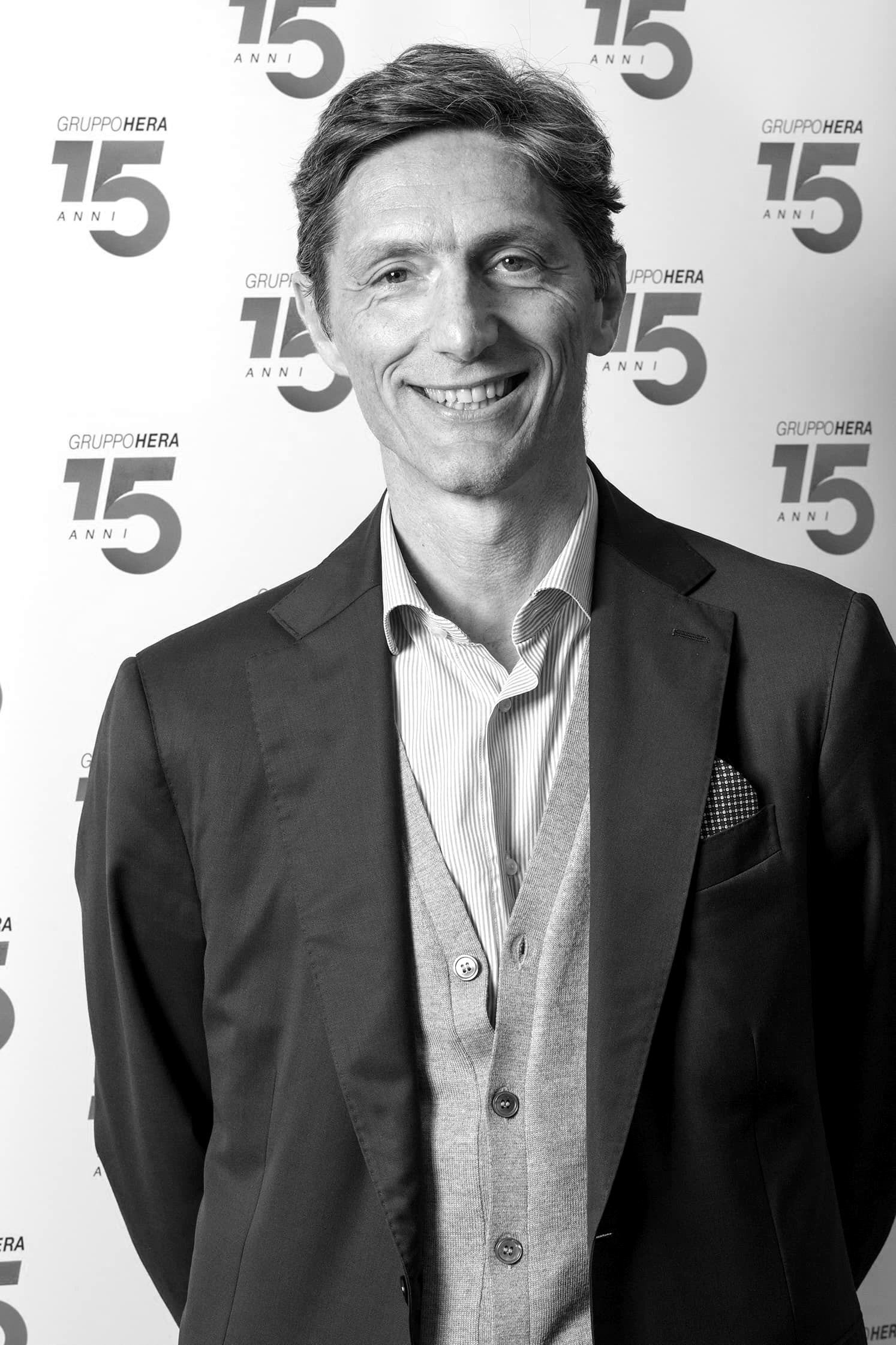 Growth and cash generation: a winning combination for investors